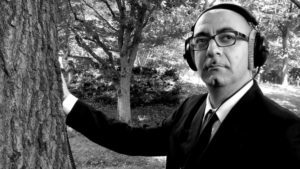 Henri Scars Struck is a New York based French music composer, pianist & Grammy Award-winning producer. For the last 25 years, he has written, produced and recorded music for artists, films and dance performances, as well as art installations and corporations.

Through his consultancy The Other Side Of The Brain, founded in 2005, Struck creates authentic and evocative moments, award winning programs of work to reset the minds of people, establishing an emotional memory of a space. This is in response to the noise and constant bombardment of content that we experience daily. To this end, he composes original music and soundscapes for corporate environments in a broad range of industries, including airlines, beauty & fragrance, pharmaceuticals, hospitality, fashion, art & design, for brands such as Lufthansa, Este Lauder, Yves Saint Laurent Couture, Hermes, Unilever Prestige, Starwood Hotels & Resorts, Pfizer, Nike, Smythson, Moncler to name a few.

He has been commissioned by the French Ministry of Culture to write music for art installations in landmarks such as the French National Library and Versailles, and by the city of Paris for Cathedral Notre Dame De Paris. He was also commissioned by the French and Chinese governments to compose and perform at the Grand Palais in Paris for the 50th year anniversary of France recognizing China. This piece was performed before dignitaries of both governments and 5,000 guests.