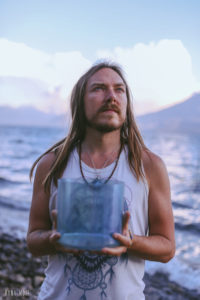 Darren Austin Hall is a renowned Sacred Musician, Sound Healer and Spiritual Teacher who travels and tours internationally teaching workshops on spirituality and healing and performing his unique and powerful sacred music and sound healing concerts. He is an acclaimed recording artist and his most recent album The Tantra of Truth is loved by many. He has been a featured performer at TEDx Toronto and soon to be released episode on VICE TV. He has performed in support of luminaries such as Teal Swan & Graham Hancock. He is also the founder of Conscious Masculinity Toronto, an initiative devoted to helping men evolve authentically. He is also soon to be releasing his first book of spiritual writing and his new album Songs of Source in early 2018.

Darren holds a diploma in Acupuncture garnered from The Institute of Traditional Medicine. He completed a 2-year mentorship with Chinese Medicine vanguard, Lonny Jarrett, focusing on Classical and Taoist foundations with new evolutionary innovations. He completed a 2-year training in Creative Transformation Therapy with Dr. Bradford Keeney where he was introduced to Shaking Medicine. He has worked with shamanic and indigenous teachers from all over the world and also trained in Qigong and Martial Arts while living in China. He is also a Yoga Teacher, completing his 500-hr training at Octopus Garden Yoga Centre. He will be your friendly guide during the journey of Source Resonance.

A masterful Sound Healer who integrates a deep understanding of ancient healing techniques with advanced scientific knowledge. He is also a gifted sacred musician who has been able to channel songs and sounds since a child, a craft he has now honed to be of great service to humanity in what he calls ‘Source-Singing’. In this vein, Darren is reclaiming one of the oldest notions of music as ‘the art of the muses’—as an art of channeling forth wisdom through vibration and harmony. Darren also employs the celestial and healing sounds of the Crystal Singing Bowls, performing sacred music and healing concerts worldwide. Every performance for Darren is an act of prayer and connection with a greater spiritual realm. He opens himself to be a conduit for healing sounds, transmissions of spontaneous wisdom and mystical visions. This gift has also been acknowledged by shamans to be a shamanic technique that Darren has been born with. In his performances, he connects to the energy of a group or individual and brings forth ‘Source Songs’ specifically for what they need. It is common that people have profoundly meaningful and moving experiences hearing Darren’s sacred music.